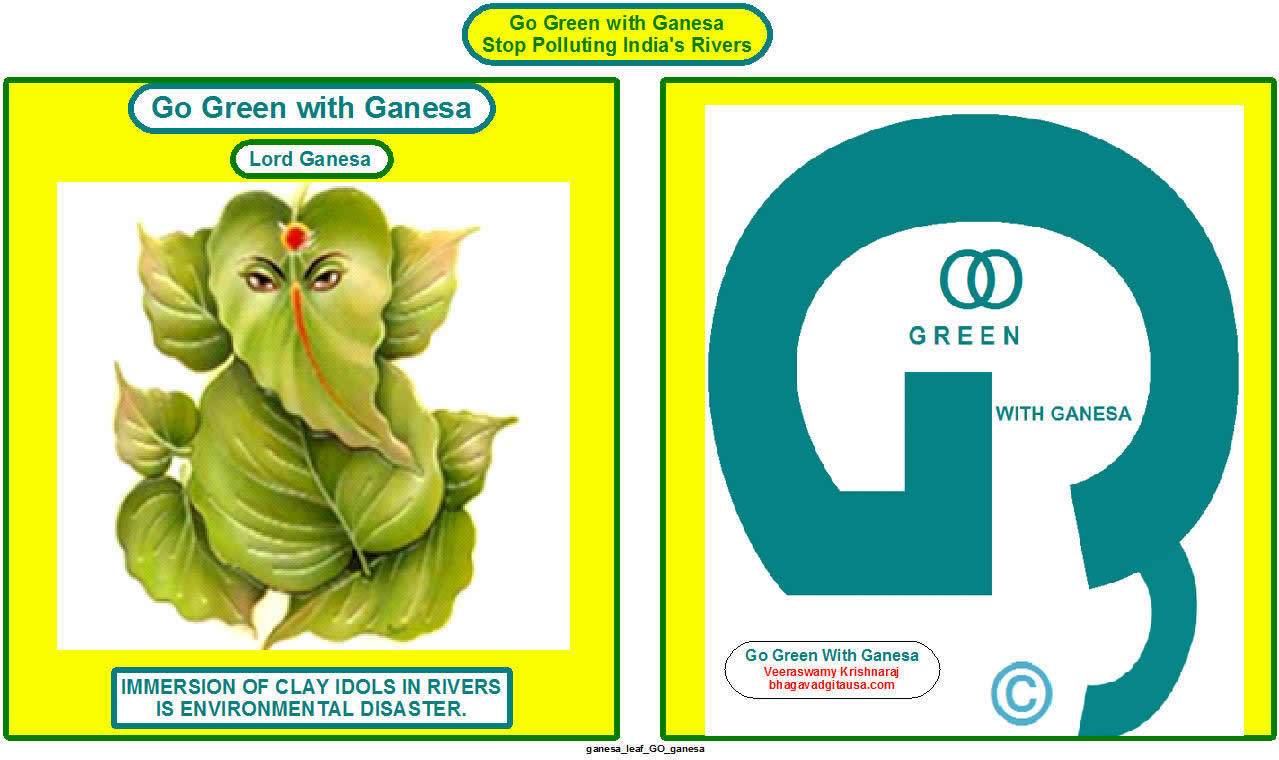 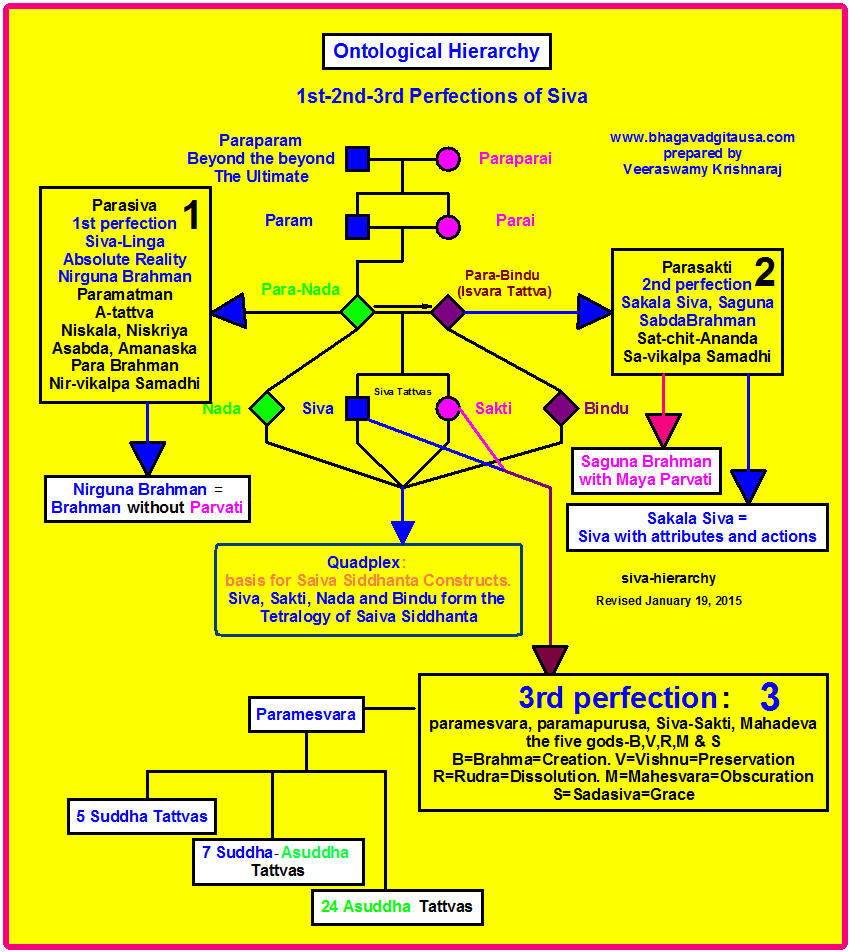 Nirvana Sakti is the most supreme Siva, also known as Unmani, Sivapada beyond KAla and KalA (Time and parts or power). It is the Antagata (gone to the end). Thus it is Antagata of its two parts or powers: Nirvana Kala and AmA Kala.

Paraparam: Supreme Supreme, Beyond the beyond

Nada and Bindu: Aspects of Sakti.

Para Nada: Supreme Nada or Subtle Sound, Nada is the the product of Sakti Tattva, one of the Suddha Tattvas.  (See Tattvas-36 Chart) Its other name is Sadasiva Tattva--the One who confers Grace.

Horizontal and vertical relationships among entities

Supreme Siva,  1st perfection, Siva Linga, Absolute Reality, Paramatman or Supreme Atman, Nirguna Brahman (Brahman without attributes or ParaBrahman, Brahman without Parvati), A-Tattva (Beyond Tattva), Niskalatattva = the Tattva without Kala or Prakriti. Niskala (No Kala [parts] = No manifested Sakti), Niskriya (No action = actionless), Asabda (No sound = beyond sound = unmanifest sound), Amanaska (without Manas or mind), Nir-vikalpa Samadhi (absence of differentiation; union; absorption, nondual state between Yogi and Brahman). Siva is Niskala, meaning he has no parts, he is whole, he is undivided, he is absolute or Nirguna Brahman--Brahman without attributes.

Nirguna Brahman = Supreme Narayana (Adhi Narayana) = Parasambhu Siva = Brahmamayi (Here you get an instance where attributeless Brahman becomes Clinical Brahman [Saguna Brahman, Brahman with attributes] who can be any of the following depending on the sect of the worshipper: Vishnu of Vaishnavas, Siva of Saivites, or Devi of Saktas (worshippers of Mother Goddess.) Their common ontologic superior is genderless non-sectarian Para Brahman or Nirguna Brahman.

Siva's manifestations in iconic and anthropomorphic forms are Sivalinga, androgynous Ardhanarisvara, Dakshinamurti, Hari-Hara ( a conjugate Being of Vishnu and Siva), Bhairava, and Trisula (Trident representing Itcha, Jnana and Kriya--Will, Wisdom and Action).

Sivalinga is Parasiva and 1st perfection. It has neither an upper end nor a lower end, which are depicted rounded so that they can never stand on ends. Ardhanarisvara is fusion of Siva and Sakti. ARDHANARISVARA.  Nataraja is the Supreme Controller (Paramesvara) and the Supreme or Primal Soul.

Rigveda says: That in which Bhutas stay, that from which everything comes out, what they call as the greatest entity--that is Rudra alone.

Yajurveda says: The Lord who is worshipped by means of all sacrifices and meditation, whereby we have an authority--that sole seer of all is Siva.

Samaveda says: That by which this universe whirls, that which is meditated upon by Yogins, the light whereby the universe is illuminated--that Tryambaka alone is the greatest.

Atharvaveda says: They call that sole being Siva who is beyond all misery who is the lord of gods whom the people who have the blessing of devotion see.

Pranava says: Lord Isa, Rudra, Siva indulging in sports and assuming various forms never sports about with Sakti different from him. The great Lord is self-luminous and eternal. Siva is his sakti in the form Bliss, not a chance of occurrence.

According to Padma Purana, the east-facing face of Brahma was the originator of Rgveda. the second face was the originator of Yajurveda; the third face, Samaveda; the fourth face, the Atharva Veda;  the fifth face looking up Vedangas, supplements to Vedangas, history, secret sciences and compilation of laws. (Volume 39 Padma Purana page 147, Motilal Banarsidass Publishers.)

Padma Purana talks about gods' praise of Siva, while Siva cut the 5th head of Rajasic Brahma; they call Siva as Kapardin, Mahakala, DuhkhAnta (ender of miseries) Sankara, the bringer of welfare to His devotees and Kapalin, the cutter of the 5th head of Brahma.